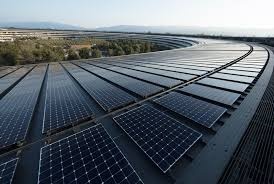 If you considered solar panels for your house but were deterred by the cost, it is time to take a second look.  Solar costs have dropped significantly and in some cases, there is no upfront cost.  A Federal tax credit of up to 26%, good through December 31, 2020, just sweetens the deal.  Plus, solar panels could help you sell your home faster and for more money!

Here are four things to know about residential solar:

Many considered solar panels out of their league because of cost, but prices declined 29% between the fourth quarter of 2015 and the fourth quarter of 2016, according to the Solar Energy Industries Association.  Costs vary dependent upon factors such as roof size and how much electricity you use.  Therefore, get a quote from a solar company with specifics to your own home.  Find a ballpark figure on solar costs and payback at Energy Sage www.energysage.com.

In some states, solar leases can give you the benefits of solar with a big cash outlay.  Monthly payments on the lease make this a lower-cost option.  Leases should be thoroughly reviewed and make sure you fully understand the terms before signing.  When you eventually sell your home, the lease can be transferred to the new home owner.

Community solar - a way for residents of a community to tap into and share the benefits of a solar "farm" without installing panels on their own residence - is becoming more common.  The Community Solar Hub says 26 states now have community solar projects.

Solar myths abound!  Among them:

Truth: Panels ARE reliable an technology advance are making them better every year.  Nothing changes in how things in the home works.  You are simply generating power on site.

Truth:  Solar works in areas where it IS cold, snowy, foggy, and cloudy.  Check out if your home is a good candidate for solar with Google's Project Sunroof google.com/get/sunroof.

In 2015, National Renewable Energy Labs found that home with solar panels on average sold 20% faster than other homes and for 17% more than non-solar homes.  Solar panels also increase a property's perceived value, according to 42% of brokers and agents survey in a recent REALTORS® and Sustainability Report by the National Association of Realtors®.

REALTORS® who have earned the National Association of REALTORS® Green Designation (www.green.realtor/work-green-designee/find-member) can refer you to local experts who can assess your home's performance. 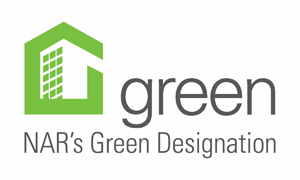